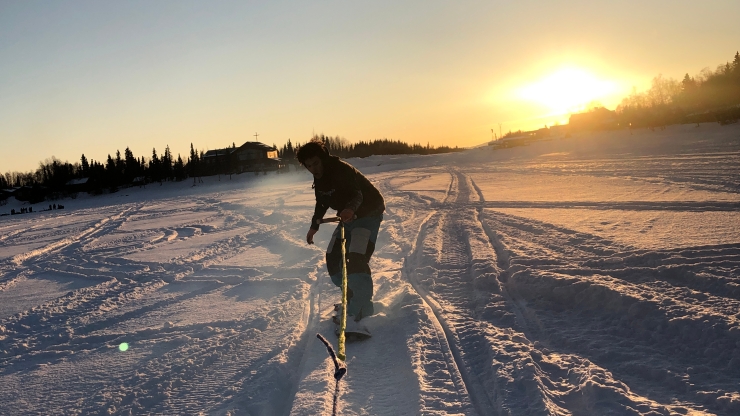 “Where were you when the world fell apart?”

Somedays I sit in my backyard and envision scenarios ten, twenty-five, fifty years in the future when Covid-19 is simply a season written about in history books. In those days, we will gather around tables, asking one another that question and others like it. Where were you? Who did you quarantine with? What did you cling to? Who did you become?

In these future scenarios, I’ll tell about how my DSS students, staff, and I were in Alaska at our annual Journey to the High Places Conference when the world began to crumble and change forever. I’ll tell about how we were 165 miles away from the nearest city and only had 1 working phone between the 13 of us. I’ll tell about how my staff and I watched the Lord pull our kiddos near as they were far away from the chaos of schools beginning to offer extended spring breaks. (Oh how much further we would have to go…) I’ll talk about how surreal it was to put them on a plane back to Colorado the Monday morning after the conference was over, handing each of them a pair of rubber gloves, telling them, “Try to not touch anything until you get back to Denver”.

In those future days, I’ll tell about how I felt the nearness and almost tangible, tender embrace of the Lord as I wept alone in our quiet conference house that Monday. How those tears were part gratitude, part exhaustion, and part fear of Covid-19, but how they were mostly induced by learning that Tom Tillapaugh, my beloved boss and mentor of nearly 13 years– the founder of the Denver Street School and StreetSchool Network– had gone to be with Jesus after a long battle with pancreatic cancer.

Maybe I’ll talk about how strange it was to spend the majority of my last three months in Denver before moving back to Alaska mostly relegated in my house. Or maybe the fits and starts of becoming the principal of an unintentionally “online” high school in my last quarter at DSS will override those mostly quiet memories of walking the dog and gardening on my lunch break. It’s hard to know what of this season will stick– personally or historically.

Last summer, amidst a family crisis, my grandmother jokingly wrote me, “Speculation could not have predicted, but _(insert insane family anecdote here)_.” Since reading those words on my birthday last year, my neighbors, coworkers, and I have often repeated them. We throw up our hands and laugh (usually to keep from crying). Those are the only words that seem fitting for this season as:

If anything, the last month has reminded me that my plans cannot be my end-all, be-all. But that when everything falls apart, Jesus is the only One standing faithful and true, waiting to wrap me in His comforting, open arms.

“I abandon my addictions to certainty of life, My need to know everything
This illusion can speak, It cannot walk with me tonight
As I taste life’s fragility
I am looking for a savior I can see and know and touch
One who dwells within the midst of us
May a broken God be known, In the earth beneath our feet
May our souls behold humility”
-United Pursuit & Will Reagan

I will never be able to scream THANK YOU enough times at the top of my lungs to everyone who helped make this year’s #DSSDoesAlaska trip phenomenal. To read more about what the Lord did this year with our kids in Alaska, you can head over to ye old blog by clicking here or you can just watch the video above of our kids being absolutely precious while they explored the Gospel for 8 days in a row. ❤ 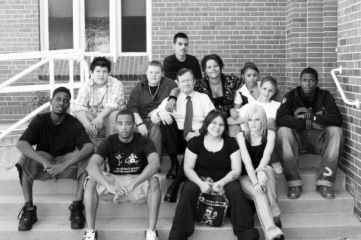 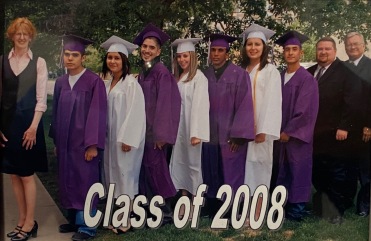 I’d promised back in January, when I announced that I would be leaving DSS after the 2019-2020 school year, that I would keep in touch regarding my future plans.

Last week, the StreetSchool Network’s Board of Directors “officially” voted me in as Tom Tillapaugh’s successor and their new Network Director.

What the heck is StreetSchool Network, you ask? Great question. Back in 1996, roughly a decade after Tom founded the Denver Street School (the first private, alternative, Christian high school of its kind), folks started calling him from all over the nation, asking for help in creating a safe-space and school like DSS in their city. Fast-forward twenty-four years and you have StreetSchool Network– a national “school district” of sorts. SSN currently supports nearly 40 existing Street Schools from the Bronx to Seattle, Philadelphia to Tulsa, while helping to plant new schools under the Street School model. Under my new role, I’ll be working with the various heads of school, helping to resource them with professional development trainings, curriculum created specifically for Street School kids of all ages, fundraising for the organization, as well as trying my hat at updating our website and online presence.

Tom once told me, “It’s not that I don’t have my ducks in a row; it’s that everytime I turn around, Jesus hands me another duck!” Aaaand that’s about the best summation of my current life at SSN. This roll is already a steep learning curve in addition to principal-dom, but I am absolutely honored to be one of the lucky ones trusted to carry on the vision of the man who changed my life, so many times over.

Surely, more news about SSN, this new adventure, and my departure to Alaska will be forthcoming in future newsletters, but if the idea of continuing to expand the StreetSchool Mission across the country piques your interest at all (or if you are curious about Street Schools near you), I would love to sit down and chat with you more over coffee 🙂  You can also keep up with StreetSchool Network by liking us on Facebook or following us on Instragram.

Like most of you, life these days mostly involves walks, three thousand Zoom calls, and watching the flowers grow (then get smushed by the Colorado spring snow) [then spring back to life, like the brilliant and resilient beings they are]. But when I’m not kneeling down on Colfax like a crazy lady to take photos of “wildflowers” (weeds? Feels hard to know… ) I’m:

Currently singing along to: Looking for a Savior by United Pursuit, Better by Chris Renzema, and Hope by Emily Brimlow

Currently binge-learning: finance and accounting via the free online courses Harvard has made available to the public during the quarantine. Check ’em out by clicking here.

Currently re-listening to: the ending of Americanah by Chimamanda Ngozi Adichie for the 3rd time because it was just that good.

Currently drinking: from a firehose of information as I try to get on my feet with StreetSchool Network. Also: elderberry + fizzy water to stave off the ‘rona with every ounce of hippie energy in me.

Currently baking: Gluten-free sourdough bread. Because that’s apparently the thing everyone does these days, and you know what they say: When in (the fall of) Rome, do as the Romans do…